Interview with Chris Shaw from Ex-Cult 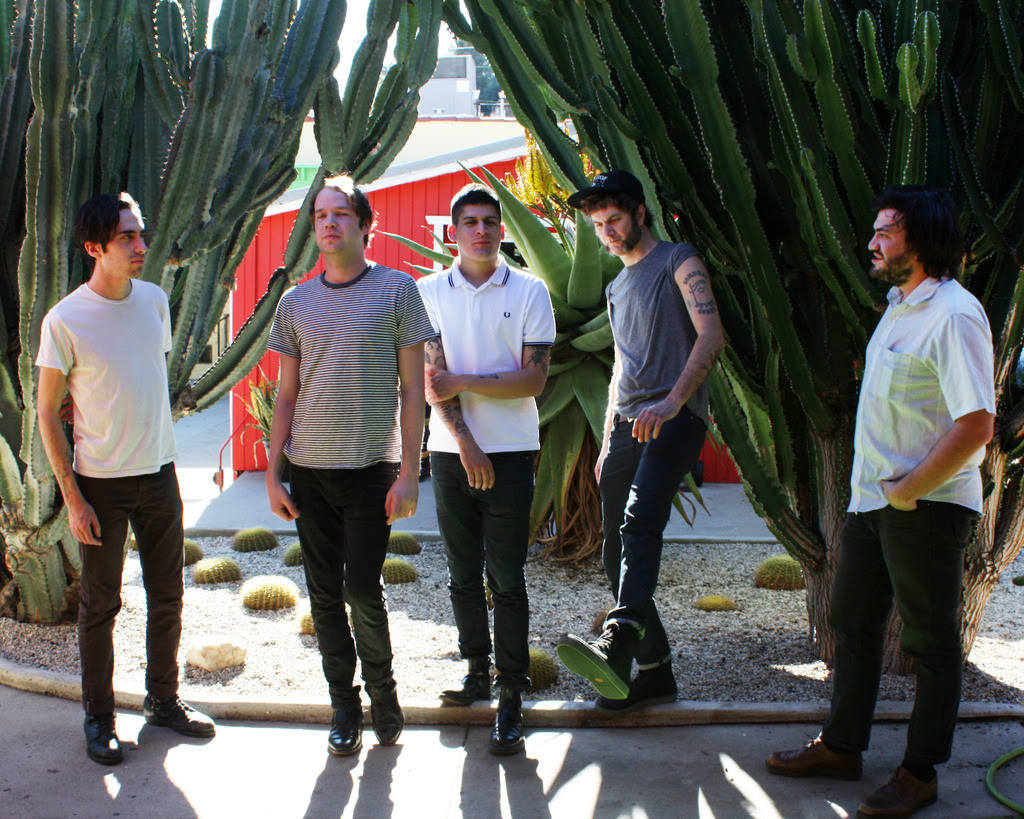 Ex-Cult play a nuclear fusion of pulsing, hypnotic psychedelia and punk. Their new album Negative Growth has them streamlining their nightmarish vision down to its essence, and the result is a propulsive and strikingly energizing record that leaves an instant impression. Northern Transmissions spoke to frontman and lyricist Chris Shaw about the factors that influenced the creation of the record.

Northern Transmissions: You have said that the album is dedicated to ‘fear and deception’. Is the nature of that fear personal, or is it more of a political or societal fear?

Chris Shaw: I think a little bit of all three- it’s all encapsulating. There are songs that deal with personal shit, and then there are also songs that are politically charged. There’s anti-establishment songs, and also a lot more personal ones.

NT: Do you find that playing your music helps to resolve the fear, or is it reflecting a sense of panic?

CS: It definitely reflects a sense of panic, but I think the music gives us an opportunity to think about that type of shit, and work through and express it. It helps us work through things that couldn’t be expressed any other way, so in that sense it’s therapeutic or something.

NT: How do you feel about the future of society, or music, right now? Are you kind of pessimistic?

CS: I don’t know if I’m pessimistic, I think I’m more just a realist. Keeping it real. I think the album reflects my state of mind. But music is a way out of all that shit- I remain optimistic and super-stoked about new music and finding out about new music. But everything else pretty much sucks.

NT: What were some of the musical influences on the record, especially some of the more psychedelic elements that you’re introducing to punk? Where’s that coming from?

NT: Were there any non-musical influences on the record?

CS: I think the experience of recording in Los Angeles reflects on the record- just the overall vibe of being out there. There’s all kinds of weird things creeping in when there’s five people writing and creating the songs, whether you realize it or not.

NT: In what way did Los Angeles influence the record? Do you like it there?

CS: Yeah, it’s awesome. Also, we recorded the album in February, which is like the dead of winter in Memphis. So trading shitty weather for 70s, sunny California is pretty hard not to like. Plus, we all work full time jobs, and in Ex-Cult I’ve got a full time band, so it’s nice to be able to get away and just focus on Ex-Cult for ten days and not have to be at work or dealing with everyday shit. Just focusing on making an album is always a really cool experience, to devote all your time and energy.

NT: How does being from Memphis influence your music?

NT: What are the factors that make it difficult to pursue music in Memphis?

CS: Mostly just no one giving a shit. People just don’t care. And they know about it, people will recognize us from the band, but they still don’t come to the shows. At this point we’re more interested in playing out of town than in town. I’ve been to other cities where the local scene doesn’t even compare to Memphis, they’ve just got more support. It’s kind of a tricky situation.

NT: Was writing Negative growth a process of careful crafting, or did it come really naturally and easy?

CS: I think it was pretty crafted. We pretty much had a blueprint for the songs and the vibe of the album, and we trimmed stuff down by not getting so spaced out and Krautrock. Or maybe we wanted to take that in a new direction- faster and more aggressive as opposed to a more long, drawn out build up.

NT: Yeah, it sounds like concise versions of that Krautrock vibe.

CS: Yeah, I think the goal was to create an album that reflected our lives and had the intensity of the live show, and I think that this record does that the best of the three that we’ve done now.

NT: How did Ty Segall contribute to the process?

CS: He just offered to record the third album a while ago. He was pretty interested in what we were doing, and he’s always been a fan of the band, so we kind of thought it was cool. It happened pretty easily, and we’re all good friends, so it just made sense. I don’t know who else would have recorded it.

NT: How was it recorded? What kind of situation was it?

CS: It was just recorded in Ty’s studio that he’s had for a couple years now. We recorded our first album with him, so we had worked together enough that it was actually a pretty fast process. We got done really quickly. I think that was a product of the songs being pretty much ready to go. Also, the way we recorded it with everything going directly into the board, that helps to move it along pretty fast. It was probably the most stress free recording I’ve ever done.

NT: Where does the song Hollywood Heat Seeker come from?

CS: That’s the only song where the lyrics were written in LA. Every other song we wrote either in Memphis or on tour. But I wanted to save one song to write when we were in Hollywood. We spent a day doing typical scumbag Hollywood shit, like going to a bunch of sketchy bars on Sunset, and when we got back from that adventure I wrote the lyrics. It’s funny because that’s the song everybody has been asking me about, and that’s the song where the lyrics were literally written on the spot.

NT: You have toured a lot. How do you find living within the world that your music creates?

CS: I think touring is probably my favourite thing to do. It’s fun, but living in the place that we live it can be kind of a reality check to come back and have to go to work on Monday. I don’t get people that complain about touring. I always have a blast. On the other hand, we don’t spend half the year touring. But if I could live on the road I would. We don’t have anyone pushing us to do things that we don’t want to do, which keeps us fresh. We’re growing as a band, but we’re doing it on our own terms.

NT: Do you think the music industry is corrupt?

CS: Yeah, definitely. It’s tricky because you do something that might affect your credibility, but you get the money to get a new touring van, you know? There’s definitely a weird place that bands can get into. Luckily, that hasn’t happened to us.