Hop Along Never Ceases To Surprise 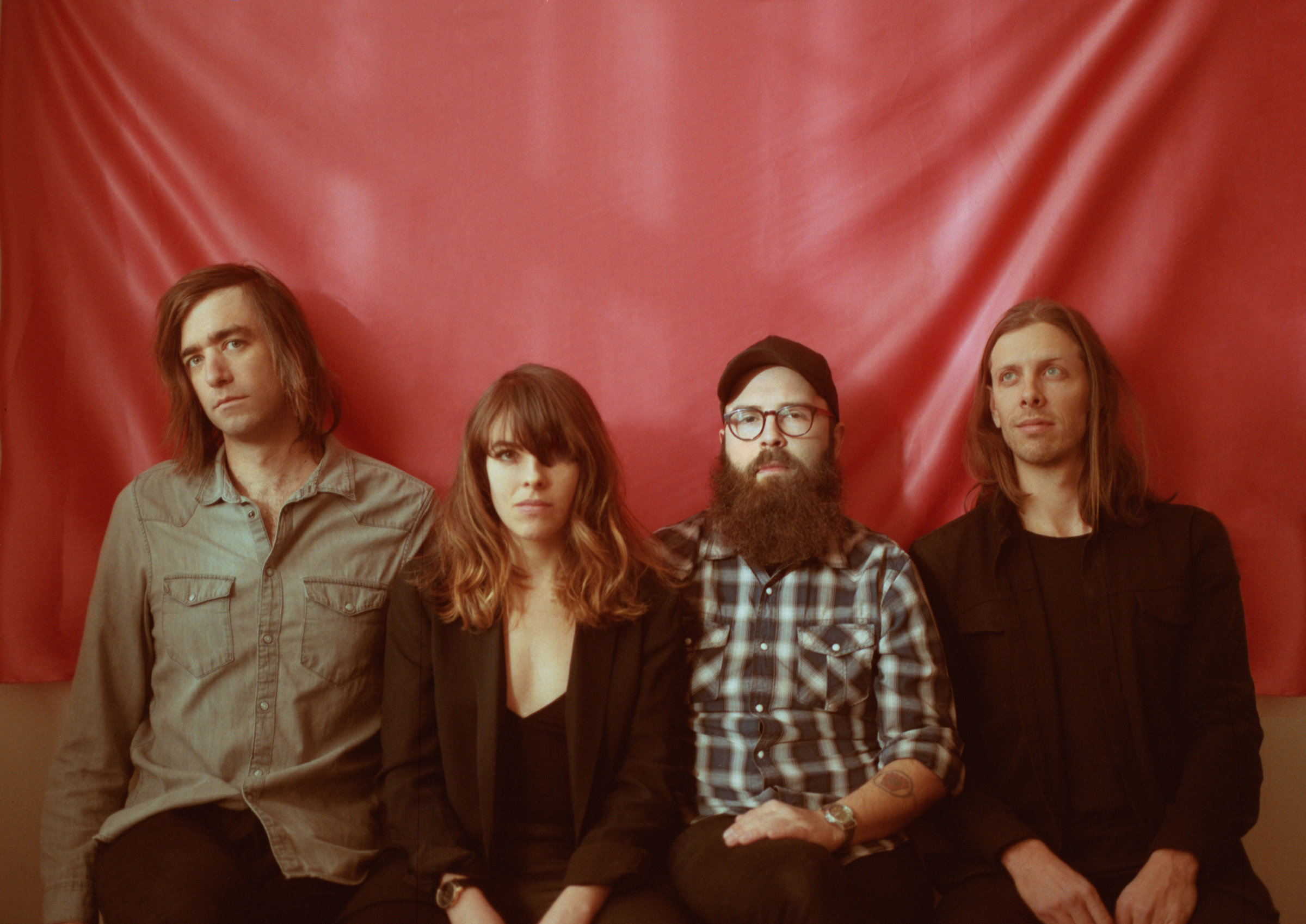 If you’ve listened to Hop Along’s previous records you may already know how diverse their sound can be. But for their new record Bark Your Head Off, Dog they’re bringing in funk, grunge and even some vocoders on an album that reflects on personal stories in the current political climate. We caught up with drummer Mark Quinlan ahead of their April 6 record and June 2 show in Montreal @ Le Belmont to talk about the band’s extensive writing process and how they’ve used their different tastes to their advantage.

Northern Transmissions: What led to the more stretched out writing process on this new album, and did that allow you guys to really hone in the songs before you recorded them?

Mark Quinlan: It definitely allowed us to re-examine parts of songs after conceptualizing them, which we did often. It was important in writing this record to not get married to one particular part no matter how exciting it was right off the bat, because there was a very good chance it would get scrapped for something else that served the songs better. The length of time really has to do with when lightning strikes Frances initially on an idea, and also when we can schedule time for all four of us to be together in a creative capacity. We got into the studio with the idea that this is all the time we have to make this product that we’ll have to be happy with forever. We want to not only have the parts written, but be able to play them to the best of our abilities.

NT: Your brief on the album refers to misuses of power and retreating from tyrants, so how would you say the presidency influenced this record?

MQ: Regarding the political side, in the themes of the record (powerlessness), it’s something that Frances has struggled with her entire life. I can’t speak to it the way that she could, but she said that it really was about her personal timeline, and what she’s learning about power and individuality in her own life. For the rest of us it really feels like it really resonates in a current and applicable way. Power is something that Frances is learning about and comprehending in her own personal capacities right now. Based on who we are as a band of mostly white males, we’ve definitely taken this power concept for granted because it’s not something we necessarily have to meditate on as often.

NT: What’s inspired you to self-produce this album and what does Kyle Pulley bring to the process, whether it be a distinct sound or just taking pressure of the band?

MQ: Kyle brings a wonderful dynamic of comfort and expertise so that none of us have to worry about the technical aspects of the record, or making it sound as good as it can possibly sound. It also gives Joe, who owns 50% of the studio, the ability to be in there strictly in a creative capacity for the time we’re in the studio. Naturally if he sees a microphone he wants to use and it’s not being used, he’ll throw it on. Kyle is a great engineer and we’re lucky to call him a friend. As for producing it ourselves, it has something to do with that theme of realizing your power. As we’ve gotten older, we have more trust in ourselves, we see our worth and ability. With this record we decide the best thing to with our resources was to use as much time in the studio as we could to marinate on ideas.

NT: How did Chrissy Tashjian get involved on the record and what did they bring in their performance?

MQ: Chrissy is a great artist and a great friend. We’ve known her for a long time, she was on our past records before this one. Frances and the band were excited about how her voice sounded with Frances’s. I was in a band with Chrissy back in 2010, just filling in on drums and we connected in a great way. When you have those kind of tools, especially amongst friends, it would be pretty silly not to use them, especially if they’re happy to do it.

NT: I also understand you guys are stretching your palette this time, as far as a vocoder even, so was this a conscious attempt to push yourselves or were there records that pushed you this way?
MQ: This was the first record we made with this lineup where we totally knew the process, because we made Painted Shut with this lineup. A lot of it was painting a more accurate picture of what the songs were supposed to be, rather than just playing to our own individual strengths. So Frances would realize a basic idea, and then we were much more willing to serve that idea in a precise manner. Frances is very eclectic so we’d be taking different vibes and try to serve the genre rather than just making it rock n’ roll.

NT: I read that you and Frances’s tastes really split off at one point when you were young so what brought them back together enough to join Frances?

MQ: A lot of my interests as a young person was about finding my own interests, so it was selfishness. I was looking for people who spoke to problems I felt were my own. Usually I wasn’t listening to lyrics, it was a certain heaviness or a motive-nature. Then you grow up and realize you’re a part of everything, and Frances made it very apparent that there was more narrative out there. I started listening to more genres of music and I worked for a jazz and classical radio station that helped develop my tastes. Somewhere in my 20’s Frances and I connected in our tastes.