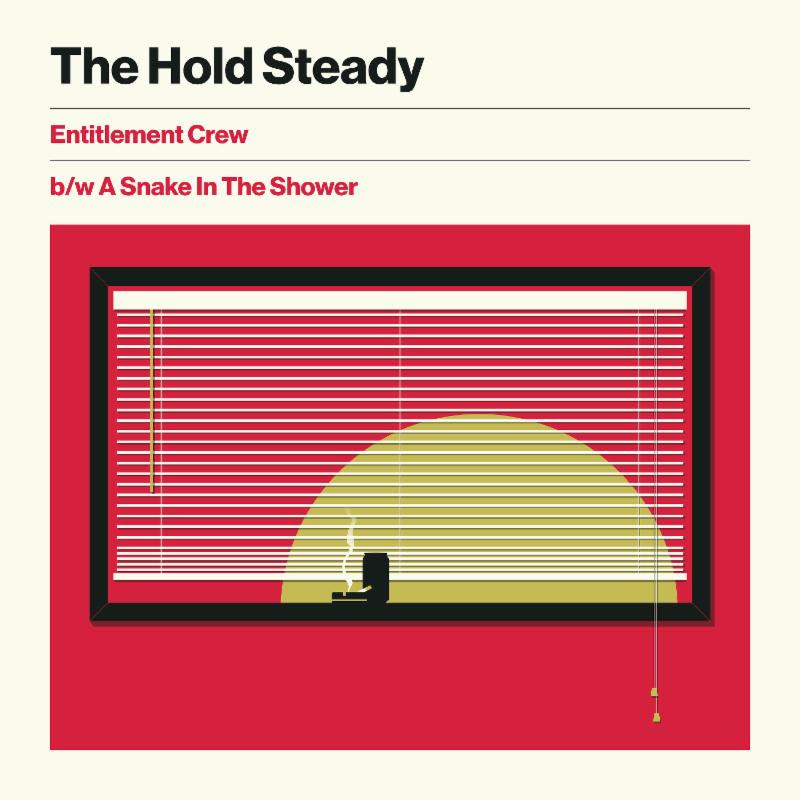 The Hold Steady’s new single. “Entitlement Crew” b/w “A Snake In The Shower,” arriving at all DSPs and streaming services via Frenchkiss Records on Friday, December 1st.

“Entitlement Crew” b/w “A Snake In The Shower” is currently available exclusively to members of the official Hold Steady fan community, The Unified Scene. Members who wish to download the single can do so by donating to The K + L Guardian Foundation, a fund set up tobenefit the children of Unified Scene founder Mike Van Jura, who died in November 2012.

“Entitlement Crew” b/w “A Snake In The Shower” arrives just as The Hold Steady kick off “Massive Nights,” a four-show run at the Brooklyn Bowl celebrating the music, community, and positivity that has defined the band since its very beginning. The sold out shows – each featuring surprise-opening guests – start tonight and conclude Saturday, December 2nd. The Hold Steady cross the Atlantic for a very special pair of shows slated for March 9th and 10th at London’s famed Electric Ballroom.