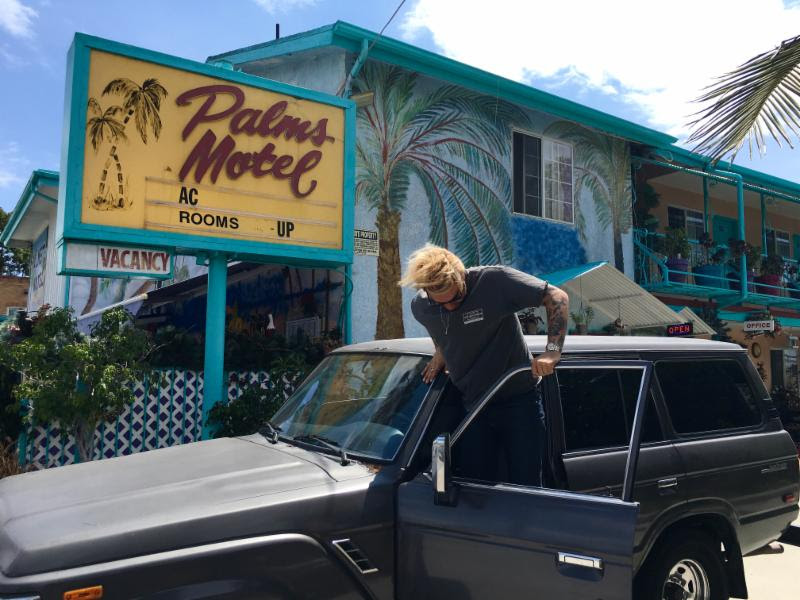 After releasing Savage Times Vol. 1 and Savage Times Vol. 2 in the past few weeks, Hanni El Khatib is back again with new music. His new song “Come Down” channels the same spirit of experimentation that he showed on his recent EP’s. r

Hanni El Khatib’s album Moonlight, a Sandinista!-style festival of experimentation that hit in January 2015, was where everything started. A recording studio meet-up led to a GZA verse on “Moonlight,” and that led to an El Khatib appearance on one of GZA’s songs-the cover of Babe Ruth’s “The Mexican”-and he followed that up by contributing the ghostly middle break to rapper Freddie Gibbs’ bleaked-out “Satin Black.” By summer he’d put out a picture disc single of his desolate take on D’Angelo and Premier’s brooding “Devil’s Pie” and teamed up with a bunch of elementary school kids from Staten Island’s P.S. 22 Chorus for a rework of “Moonlight” and “Melt Me,” and yes, it was as adorable as you’d think. He’d finish producing the debut album for Parisian psychedelic trio Wall of Death, and he’d make it all the way to Vladivostok, Russia, for a final set of festival appearances that the local U.S. consulate reported “brought artist and audience closer together.” Then he’d play his last show of the year-last show to date, really-in September of 2015. And then everything suddenly changed.

Moonlight was when Hanni tested every rule there is about making an album, but now he’s not making an album at all. Instead, this is process as public performance: an artist releasing music to the world almost in real time, with nothing to interfere with the purity or intimacy.