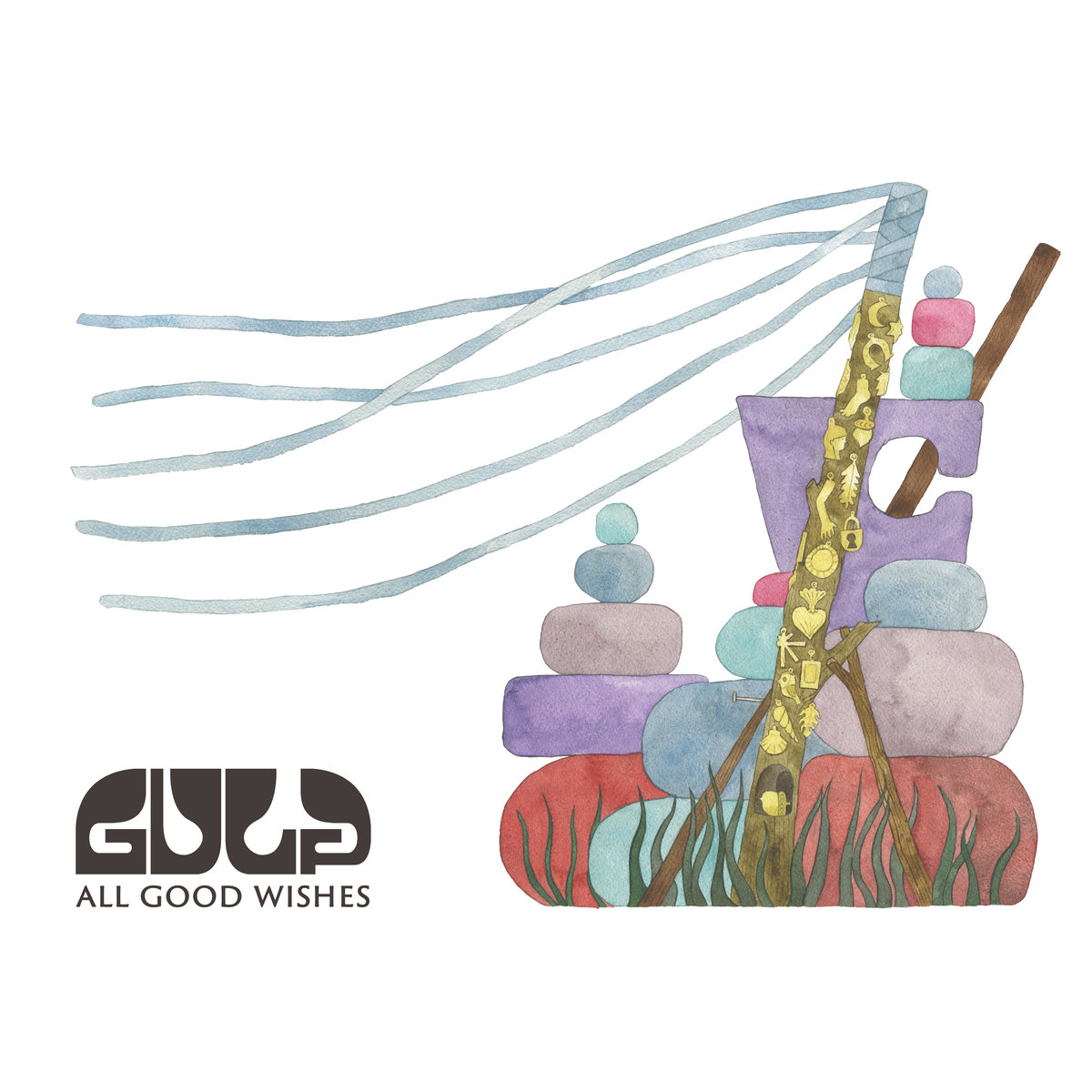 Gulp have always made something entrancing with their sound, but it’s rarely been this refined in the past. For their latest sonic exploration, Gulp try to find the middle ground between foreign sounds and something catchy. Though many of the tones Gulp play with are noticeably familiar, that never stops their unique blends from exciting us.

Synths open to sprawling psychedelics on “Search For Your Love” as Gulp slowly bring us into the foreign world of their latest album. In the midst of all their enveloping sounds, there’s a power to the dynamic drum mix that makes every other part of the arrangements feel stronger as well. Despite the much more enthralling energy behind something like “Claudia” the mix itself feels so much more bare, and often leaves the song feeling a bit shallow because of it. This said, there’s enough great rhythms and sharp harmonies to push the song forward.

“Spend Time Right Here With You” slows things down for a more pensive moment in the record, as Gulp dive headfirst into their swath of effects. Though you may not immediately sink into its moody writing, the tempered delivery keeps things from sounding boring. The flanger creates a magical ride for Gulp to follow on “I Dream Of Your Song” as the harmonies pepper throughout the track to create a dream-like state. While it’s a much shorter and tighter track than many here, it stands as one of the most upbeat and fun as well. “Beam” however takes the shape of a much more ambient and Lynchian piece, with vocals being warped from every direction. As the guitars really start to shred, Gulp even add tones of Meg Remy’s recent work into their sound.

Almost like a pop take on the synth-heavy scores of Hanz Zimmer, “All Good Wishes” sweeps over listeners with endless wonder, and one that washes over you repeatedly. As the vocals take one similarly sustained power, the song becomes an exercise in meditated chords and voicing. After a vintage bass pulled right out of “Drive,” “Morning Velvet Skies” takes a shockingly disco turn, as the dance beats bob and weave through the song. With the thudding more and more, and the synths starting to race along, this track really pushes the limits of what Gulp does.

Things only get more intriguing on “Following Rain” as the crawl of guitars and keyboards clash in explosive and warm chords. While the vocals carry their own brightness to the sound, there’s a deep hope and wonder to make it all feel that much more invigorating. “Ride” however hits so many familiar notes, it never really manages to find its own personality in the midst of it all. Even as it starts opening up its range of effect to shape their timbres there’s just not enough to make this track stand out.

The time-warped trickery of “Watching Ships” makes for a low-key and intriguing interlude, and one that while short, never breaks up the momentum of the record. “Silver Tides” takes it all out on a dance-driven set of groove and beats, with some of the album’s most primitive melodies to get you caught up in their beauty. Unfortunately so much of the meat of the song is left to its later half that its seemingly appropriate pace can feel draining on repeat listens.