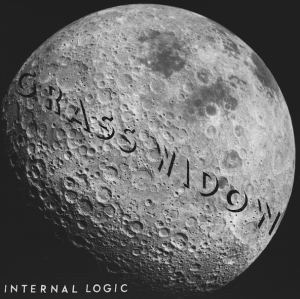 From legendary San Francisco: Hannah Lew, Raven Mahon and Lillian Maring pair up to give soul and voice to Grass Widow. Internal Logic has grown proud to be Grass Widow’s 11-track new LP, the newest addition to the recent and magnificent revindication of female bands across indie territory. Recorded by Phil Manley at Lucky Cat Studios through Grass Widow’s own label HLR, this 3rd full-length is sure to leave a mark in this year’s West Coast summer. In hindsight their new sound follows the certain path of revivalism of recent times that has consistently brought a nostalgic type of wavelength to our occupied public consciousness. It is worthless to ask the trivial questions of what does Grass Widow sound like? There is a young daring in this album that forfeits the triviality of keeping up with these cynical distinctions. Just give it a listen.

Specially the chill ‘Under the Atmosphere’, perhaps the epitome of this band’s recent findings in Internal Logic. It is a pitch-perfect balanced production of the riffs you loved to expect for these warm days, accessibility that begs for the repeat button, and characteristic choral arrangements that deserve a whole section by themselves. The dreamy and bucolic symphonies achieved here by all three band members in unison instantly set them apart from all related peers. With voices that bloom almost too innocently at times, headphones rejoice with their detailed creativity. It is hard to imagine how a three piece ensemble can perform live to this impeccable level when layer upon layer synchronizes so well under the pressure of their post-punk reverbs.

‘A Light in the Static’, a guitar medley in the middle of the record stands out as the odd-man-out. And in its delicate composition something misses the mark.

And precisely because of that loss that perhaps it is their lyrics what strikes us the most of Grass Widow’s efforts. They are dark words that have evolved from philosophical to metaphysical, and in the slow slumber of the shoegaze basslines their worth is magnified. Even in the catchy choruses a certain dark volition seldom found in the contemporaneous scene is found and exploited. Such is the case of ‘Spock on Muni’ and ‘Hang Around’ where the album from other side of the tunnel shines most brightly. Internal Logic’s execution is creative in every form; its depth escapes the customary playful listening. It is more an exercise of devotion that allows for unexpected imagery to arise in the form of memories and other sensitive flights. Internal Logic is a faithful companion for these longing summer nights, the type of brief rock that will make it to mixtapes for many years to come.