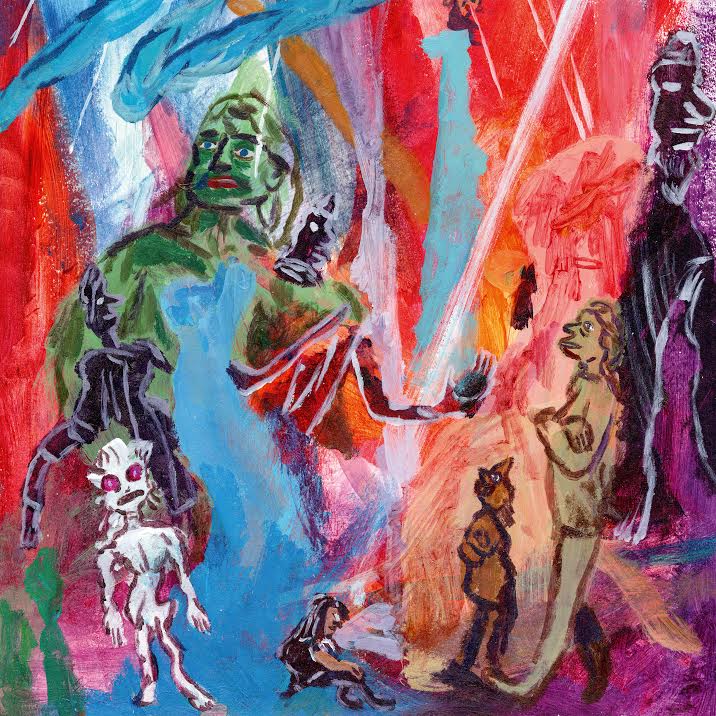 Today, Goat Girl have announced their debut album Goat Girl will be released via Rough Trade Records on June 4th The full-length was produced by Dan Carey (Kate Tempest / Franz Ferdinand) in his South London studio in the Autumn of 2017. In the groups words: “Simply put, it’s an album that comes from growing up in London and the first-hand experience of our city’s devolution. We wanted to think of it as this place seen not necessarily just through our eyes, but someone who can’t get past the abnormalities and strange happenings that exist. In our city. We think this gives the freedom lyrically and musically to explore unspoken truths and emotions that we all as humans feel”. This world is populated by creeps and liars, lovers, dreamers and wonderful lunatics. It’s a very English album – sharp-eyed observations like The Kinks, louche rage like The Slits – but it’s also full of swampy swaggering guitars and Lottie’s filthy drawl. “It wasn’t exactly intentional to have this warped country sound, but I think that was initially what we were all drawn to and inspired by, bands that existed in a lo-fi, dissonant, scratchy context.”

Goat Girl are part of a burgeoning, close-knit South London scene that includes Shame, Good Bad Happy Sad, Warmducher, Horsey, Sorry and many more. The bands are all based in around the Windmill in Brixton.