“I want to be free,” go the first words of Iggy Pop’s bleak new album, Free. For nearly two minutes, guitarist and composer Sarah Lipstate, aka Noveller, stirs frosty, desolate ambience. Jazz trumpeter Leron Thomas colours her vistas with mournful hues. As Pop repeats his yearning, his voice echoes like his body is fading away.

In 2016, Iggy released his 17th studio album, Post Pop Depression. After touring behind it, the punk legend found himself feeling drained. “I felt like I wanted to put on shades, turn my back, and walk away,” he said in a statement announcing Free. But his lifelong battle with insecurity born of his ego was to blame as much as gruelling tour schedules. The dissolution of song form on Free emulates the personal work Pop has been doing to dissolve his ego.

To escape his thoughts, Pop chose to interpret the words of others’ on Free. Thomas wrote half of the album’s lyrics. On “We Are the People,” Pop recites a poem of the same name by Lou Reed, which avant-garde composer Laurie Anderson, Reed’s wife, gifted Pop. In a gruff voice, Pop grumbles over funerary trumpet and dabs of piano. He waxes about displacement and disenfranchisement in a nihilistic, almost vengeful dirge. “We are the victims of the untold manifesto,” he says with a conspiratorial attitude. The “we” in this piece occupies a liminal space. Pop does, too, caught between freedom and the clutch his persona has had on him for 50 years.

“We Are the People” flows into “Do Not Go Gentle Into That Good Night” like an ocean funnelling into a lake. Leron and Noveller improvise around Pop as he recites Dylan Thomas’ 1947 poem of the same name. Instead of waning, here, Pop incites action; he’s not lying supine before his mortality: “Old age should burn and rave at close of day – rage and rage against the dying of the light.” The message is clear: live life to the fullest, until the end.

The lyrics of “Loves Missing” are all Pop’s, though, making it his most personal song on Free. With a lumbering drumbeat and a prickly guitar line, “Loves Missing” is also one of the album’s most tactile songs. “Love’s screaming, so quietly and in pain…. Dark future. She just needs someone to say, ‘I love you,’ before she gets pushed away. Love’s absent.” As he sings these lines, the song crumbles. But he is stoic, planted in the middle of the tumult. “She’s thinking about something we all need. Clock’s ticking, not giving her room to breathe.” In this case, that something is loyalty and companionship. But whatever form that something takes, attaining it does not guarantee freedom. The chase for that something binds us, especially as we’re all running on borrowed time.

Pop also polemicizes against freedom as the ability to afford material goods on “Glow in the Dark.” “If we want silver and gold and diamonds and pearls, then everyone must play their part in this world. Servants will serve, and kings will rule.” Again, any semblance of form – any outline – dissolves in a slow-festering, mad descent. The song is almost a free-jazz free-fall in which Pop does anything but glow. As the cacophony swirls, it effaces his visage, his aura, and his very essence.

Noveller, ever ephemeral, leaves her trace on several of Free’s most captivating songs. The album is concerned with the passage of time, but songs like “Page” feel frozen in it. The music washes in like a tide, depositing electronic clicks and pops every time it recedes. Pop’s voice is so fragile here, he sounds like he could get washed away. Yet he confronts his ego head on. “You’ve done it all. You’ll dread the encore…. And as the tide rushes in to where you once began, we’re only human, no longer human.” The tide could be a metaphor for his ego, which sweeps him away as he gets wrapped up in performance.

Although Free is preoccupied with finality, Pop ends with a haunting track called “The Dawn.” The song should assuage any concerns that Free is his swan song. “To just lay down is to give up. You gotta do something, something, because the dark is like a challenger.” Pop warns in a creaky, weathered voice, though: “[H]e will point out the sore point, the wanting point…. Love and sex are going to occur to you, and neither one will solve the darkness.”

But true to its title, “The Dawn” casts a light. The song is a revelatory moment for Pop: “In my stage of the game, he’ll point out memories. Basic, basic memories. The few moments that make life any fucking good, and he’ll put those in my face in the dark. If all else fails, it’s good to smile in the dark.” With this sentiment, Pop seems to have found acceptance, even contentedness. He seems to have realized that freedom isn’t purging life of its negatives; rather, freedom is accepting them as inevitable. It is appreciating the good things, no matter how remarkable or pedestrian they are. Iggy Pop has forged many sounds and worn many guises over his legendary career. But stripped of all those, with his agency forfeited to trusting hands, he finally sounds free. 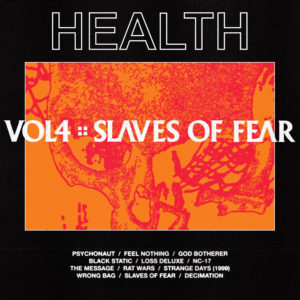