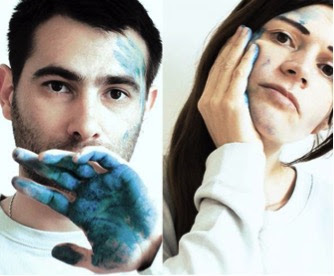 After the release of 25 25 earlier this year. Factory Floor have shared a new remix of one of the LP’s tracks, “Wave” remixed by JLIN. In addition, Factory Floor have contributed to a new Tate commission providing sound accompaniment to a work by French avant-garde artist Philippe Parreno.

25 25 is the follow up to Factory Floor’s 2013 self-titled debut. A blend dance of percussion, fragmented voice, and melody, the album captures the next stage of evolution for one of the UK’s most restless and exploratory groups. 25 25 is out now via DFA.

Inspired by playing a growing number of late night club shows, the pair’s music gradually evolved into the sound captured on their second album and in their current live incarnation: a stark, ultra-minimalist and eerily soulful dancefloor pulse.