Ezra Furman is a singular artist. Sure, one who has been clearly influenced by some gigantic artists of the past, such as Lou Reed and The Velvet Underground and David Bowie, but this influence doesn’t feel like strictly an aesthetic choice made by an artist who is trying to find their voice but one that was so intrinsically inspired by that music and by the personalities that created it that it had seemed to unlock the puzzle of their own teenage emotions and opened up a world where they can finally feel like the person they’ve always known they were. Over their career Furman has crafted some wonderfully ragged rock n roll and on their latest album, Twelve Nudes, the Chicago born songwriter has crafted perhaps their finest album to date.

Inspired by Canadian poet, philosopher and essayist Anne Carson. Furman has said, “She’s one of my top three living writers. (She) had these visions, or meditations, to deal with the intense pain in her life, which she calls ‘nudes’.” On each of these twelve nudes, Furman screams, rants and raves their way to a beautiful catharsis that is rarely felt in modern music no matter how backwards looking it may seem. Album opener “Calm Down aka I Should Not Be Alone” is a blast of Stooge-Esque raw rock n roll. It’s clearly the work of a stripped down band, no flourish just simply musicians enjoying playing loud, fast and without overthinking it, all tied together by a commanding vocal performance from Furman that will immediately cause goosebumps. The record continues with “Evening Prayer aka Justice” with its hard strummed acoustic guitar and Furman’s barely contained ferocity. When they yelp, “It is time for the evening prayer/time to do justice for the cause” you’ll be standing at arms, waiting for your next directive. “Transition From Nowhere To Nowhere” takes on a distinctively Bowie esque flavour with its acoustic guitar and humming organ swells. When the rest of the band kicks in, the proceedings, while remaining in that classic rock wheelhouse, transcend that original influence. “R Rated Crusaders” puts its foot on the gas, coming out of the gates at full speed. Furman’s way with melody is so hooky though that the song isn’t a simple garage rock rehash and when it hits the outro, all filtered out as if you’re hearing things through a tiny mono speaker, the power of the song does not wane. Throughout all this, Furman’s voice feels like it’s on the edge of collapse. Careening so close to failing but never faulting. When we get to “I Wanna Be Your Girlfriend” things slow down a little, musically but not emotionally. Directly taking on gender fluidity and perhaps how any physical ideal a person has, it’s actually a shared emotional connection that creates a more fulfilling physical one. “In America” in its Springsteen like way, acts like an indictment of the US and also feels like it’s made some peace with the good parts of the country Furman calls home.

Twelve Nudes is an exceptional album by an exceptional artist. It’s a protest record for this generation but as Furman says, “this record is political, but it offers an emotional reaction rather being specific or partisan”. It’s through this emotionally cathartic album that the listener will find so much relatability to the material and to Furman’s take on what it feels like to be living in the world as we know it today. 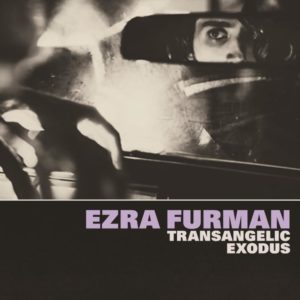