Everything Not Saved Will Be Lost - Part 2

The sky is a glowing crimson. The landscape in-front of your eyes is a nightmare of twisted metal. Our worst fears have come true as we trudge through an unforgiving wasteland of contorted wreckage. If ‘Everything Not Saved Will Be Lost – Part 1’ documented the tipping point before the apocalypse, the second instalment by Oxford outfit, Foals, is the four-horseman navigating its aftermath; where ‘ENSWBL 1’ was peculiarly upbeat in the face of adversity, Part 2 is a snarling, animalistic creature adapting to the end of days. We’re in judgement day territory here people.

We’re quickly plunged into an unforgiving environment, as a disorientating, atmospheric noise pollutes the air; ‘Red Desert’ announces ‘ENSWBL 2’ with an eerie fairground-like siren, as if the bomb has dropped and all that’s left is an abandoned theme park with charred bodies strewn amongst the, what was once, glitzy amusements. As ‘Red Desert’s dying embers turn cold, ‘The Runner’ comes strutting into view, all rough ‘n’ ready with a swaggering riff and dancey drum patterns. Like ‘ENSWBL 1’, the next instalment in Foals’ episodic odyssey pivots on a delicious juxtaposition of defiance whilst confronting the bleak. Even whilst starring oblivion in the face, the four piece are joyously bold. The song is littered with a fist-clenched resilience as frontman Yannis Philippakis utters the robust lyrics of “oh if I fall down, fall down/then I know to keep on running” and “and if it hurts/don’t let it show” like a man who’s not going to taking it laying down. If ‘The Runner’ is Foals puffing their chest out, ‘Black Bull’ is the foursome flexing their muscular physique like a chest pounding gorilla. This is where Foals go full beast mode, like they’re surveying the wilderness ahead of them, but they know they’ve got to hit the ground running as Philippakis yelps “I got to rip up the road”, like a man on a mission.

When ‘ENSWBL 2’ isn’t seething with a rabid bloodlust, it effortlessly sashays into the other side of the band’s cannon, mathy and awkwardly textured. ‘Dreaming Of’ twins baggy beats and murky textures as the outfit’s mouthpiece ruminates on more themes of escapism “cut and run/I am the one”. ’10,000 Feet’ adopts the more expanse element of Foals, as the four horsemen of the apocalypse expand to a noir cloud of abrasive smoke. The on-going notion of free-falling and being out of control ripples through the track’s DNA as Philippakis preaches about “when I fall through the fire” like a man undertaking an evangelical transformation. Catharsis is another recurring element to the group’s raison d’etre; ‘Wash Off’ channels Foals’ math-rock roots, with interchangeable, staccato layers scaling up and down the tempo barometer, which has the hooved frontman declaring ‘life’s a lie’ and “they say life is too short” like a man with a point to prove. With a delightful nod back to ‘ENSWBL 1’s interlude track ‘Surf. Pt 1’, ‘Into The Surf’ carries on the song’s thread like an emotive flashback to before everything went to shit. “If I come again/please be sure to stay” Yannis chimes, with a tender croon, as if to yearn for days gone by. The overarching feeling of comfort and reassurance populates ‘Into The Surf’, as the Foals man murmurs about a darkness in the now unpredictable land we find ourselves in “there’s a lighthouse in the dark”. This is where the quartet find their cinematic stride, as their sonics stretch and expand with a wide-reaching grasp. For any band attempting a double album offering in 2019, a time where it’s all playlists and mega short attention spans, you’ve got to sign off with a bang right? Something fucking epic, something memorable; step forward ‘Neptune’, a 10 minute, sprawling juggernaut that takes in all that’s magnificent about Foals. If the journey through two albums worth of material wasn’t satisfying enough, the twinned LP collection of ‘Everything Not Saved Will Be Lost’ is finalised by a track that flits from the coarse, in yer-face Foals, to the awkward-mathy-improv early days Foals and then to the tender, introspective Foals that crops up from time to time. It’s a true representation of Foals at their most inventive and loving nod to their feral yet varied live persona.

I signed off ‘Everything Not Saved Will Be Lost – Part 1’s review with “Phew, and this is just Part 1; bring on ‘Everything Not Saved Will Be Lost – Part 2” …and bring it on Foals did. It’s world conquering, it’s ambitious and it’s brave – Foals, you’ve won 2019. In a time where music feels like it’s playing it safe and the world around us is crumbling down, praise those four lads from Oxford for something truly special. 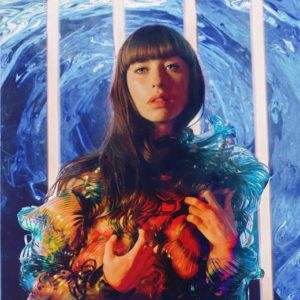