Fresh off an amazing Canadian tour as support for Charlie Winston, Victoria’s Current Swell is so excited to announce the release of their new video for the single Too Cold off their album Long Time Ago. Directed by Juno-Nominated John JP Poliquin (Arkells, Adaline, Mother Mother, The New Cities) the band took a break while touring at the end of 2011 to spent a day shooting in an old mansion in Toronto. I would love to find out if you’d be interested in posting the video on your site? If you’d like to talk to the band about the video I would be more then happy to set that up too?

Long time admirers of JP’s work, Current Swell (Scott Stanton, Dave Lang, Ghosty and Chris Petersen) said that working with him again was yet another great experience. (http://bit.ly/qzU9IX) For Too Cold JP put them behind their instruments and staged it in a beautiful heritage mansion in the Church & Wellesley neighbourhood in Toronto. The band carries on performing while flashes of old people are striking throughout the video as the premise with ‘getting old’ ties in with some of the lyrics in the
song.

The band said one of the coolest things in the video was when it snows while they are all jamming in one of the rooms in the house. It was done with a ‘snow bazooka’ which blew them away with its relentless output of high quality fake snow. They had to keep rocking out while it was falling all around and maintain some composure while playing.

Can you please just put this text with the video I sent you for Current Swell. Can you put at bottom of newsbox

Current Swell has just released the video for their single ‘Too Cold’ from their album ‘Long Time Ago’ Directed by Juno nominated JP Poliquin (Mother Mother, Arkells).
The video was shot in an old heritage mansion in Toronto, in a room packed with tons of instruments.

Please check out the video below 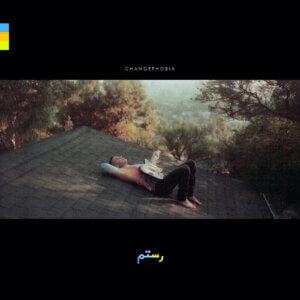