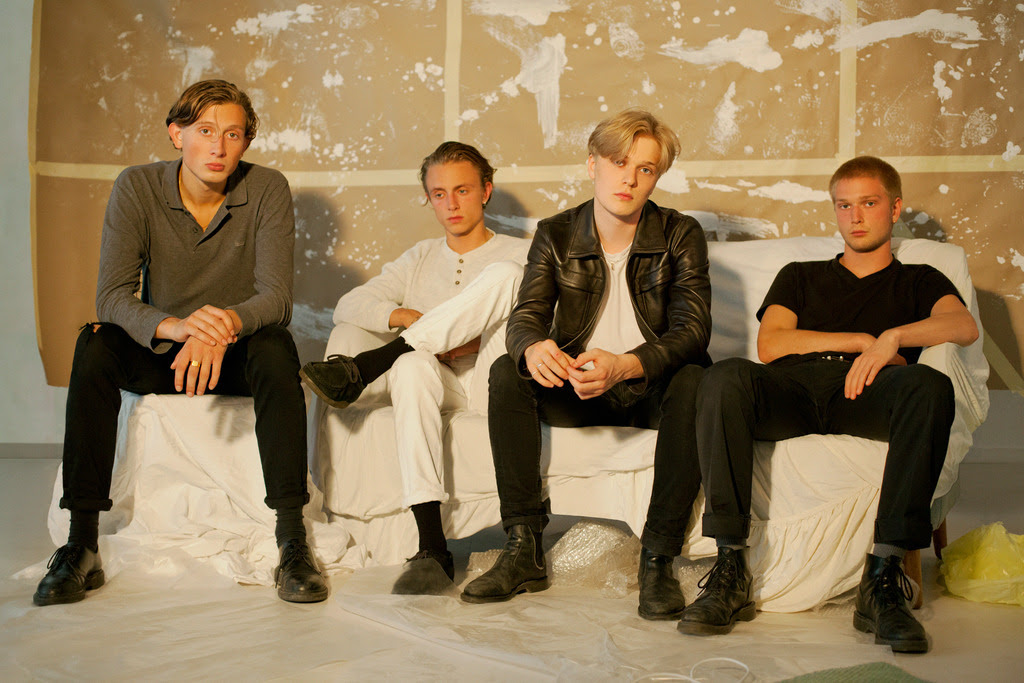 After the recent release of recent 7″ single “Don’t Hold Anything Back/Eternity”, their first with Fat Possum, Copenhagen by way of Seattle band Communions will release their debut album Blue via Fat Possum Records on February 3rd, 2017. The lead-track from the band’s debut “Got To Be Free”, is now available to stream.

Communions – made up of brothers Martin and Mads Rehof and high school friends Jacob van Deurs Formann and Frederik Lind Köppen – began in 2014. The quartet came together at Copenhagen’s infamous venue-cum-rehearsal space, Mayhem, they wilfully took chances with their music to see if they could arrive somewhere else. It was the band’s conviction that let them land here intact, and with a collection of songs that chart their journey.

On Blue, the band stalks new territory with a distinctive edge on “Midnight Child.” Their effortless way with melody is wound tight into what feels like an aching glance across a dance floor. On “Don’t Hold Anything Back,” we soar on a blissed-out, hyper-real summer day. It cuts through the album like the statement the band were always dying to make. It has the heady lust of their earlier recordings, but with a tough-but-tender stare.

Communions have brought everything they were brooding over into focus with Blue. A love song’s a love, but a love song with a heart of its own beats louder. The band are louder and clearer.

Tracklisting:
Come On, I’m Waiting
Today
Passed You By
She’s A Myth
Midnight Child
Got To Be Free
Don’t Hold Anything Back
Take It all
It’s Like Air
Eternity
Alarm Clocks