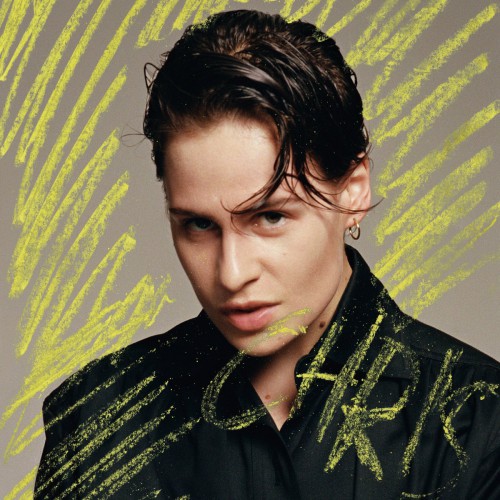 Christine and the Queens

It’s strange in modern times to think that language can still be such a barrier in music, but Héloïse Letissier seems to transcend it as Christine And The Queens. With an album she’s dubbed just as passionately in English as in French she honours her roots while also giving herself a shot at stardom. It’s a testament to both Letissier’s writing and power as a performer that the vocals and even lyrics work so well in both languages. While it occasionally relies on its pop roots more than update them, Letissier’s delivery sends it over the top.

(Editor’s Note) We’ve gone through both French and English versions of the record, and have attempted to cover all the unique songs between the two. This also means we’ve used the French titles in several cases.

With a lot of uplifting synths and harmonies “Comme Si On S’aimait” recalls a whole lot of Haim to make its retro-pop feel fresh. It’s this overt sense of similarity in sound however that makes it feel a little less interesting compared to the album’s other offerings. “Damn, Dis-moi” however lets quirky funk fly and Dam-Funk plays his lines as a kind of admiring friend. In this however, Letissier really goes all out for a fun pop song with depth. While it starts out initially a little straightforward, “La Marcheuse” expands as Letissier’s story of growth does as well. This reflection enhances the song’s emotional core and lets the soaring final vocals really go all out.

“Doesn’t Matter (Voluer De Soleil)” takes time really gain momentum, but by the time the vocals are swapping languages freely it’s really exciting to follow along. As bass gets warped and the effects take over the song, Letissier really shows where her world of pop can go. Though its core has an 80’s power pop soul, “5 Dollars” quickly expands to a personal invigorating track of strength for Letissier. Between the euphoric finale and the growing harmonies in the song, it quickly becomes this snowball of hope and moving forward. “Goya ! Soda !” brings a great bass and drum swing however with entrancing synth lines flying over the track. It’s in this growing mesh of so many exotic sounds that the track pulls you in and creates a beautiful collage of sound.

Though Letissier takes a much more abrasive approach to “Follarse” there’s something truly strong to her writing. While it rarely feels that catchy in the scheme of the record, it’s really fun to see her taking risks and playing with weird vocals. The cold darkness of “What’s-Her-Face” is stark and haunting, and makes each line feel like hopeless poetry from Letissier. By really holding back any sort of release until the ending, the track not only feels more satisfying but ups this tension and emotional wallop. The French bonus track “Bruce Est Dans Le Brouillard” really hits with strange highs, as Letissier not only brings out the percussive qualities in her voice but creates something equally creepy and catchy. This kind of atypical pop sensibility finds the song slow-burning a sense of happiness as it moves along.

“Le G” recalls tones of Prince with 90’s hip hop, while Letissier brings her own attitude to really create something new. Interestingly “Feel So Good” isn’t actually an English dub of the same song but turns into a kind of dark version of “Le G” where the funk and grime is there but interpreted completely differently.

As Letissier calms down on “Les Yeux Mouillés/Make Some Sense” there’s such a personal pain to her story that it will really move you. This patient but potent writing is so strong that the English vocals can often out-perform the French version. This said, it’s actually the rushing nature of her French vocals on “L’étranger (voleur d’eau)” that take the track’s already quirky writing to somewhere really frantic and dynamic.