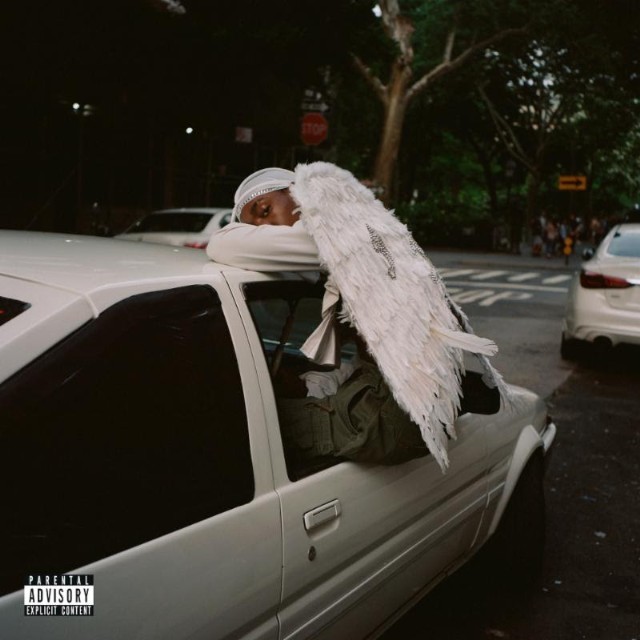 It’s hard to deny how much Dev Hynes has been able to accomplish as Blood Orange, and it certainly feels like the lines between producer and musician have completely vanished. Though Hynes isn’t always on lead in this latest album, their creativity is always very present on every track to assure it’s a Blood Orange cut. With very little dead weight in its extended run, this is one of those records that will likely only improve on repeat listens.

As the funk opens up with heavy wash and a Stevie Wonder-like warmth, Blood Orange hits a vicious stride on “Orlando.” The sublime flow, endless little fills and an underlying sadness makes this an amazing start that only sets things up for more great music. “Saint” however is much more driven by vintage club beats and an uplifting sense of harmony that caries Blood Orange’s productions with a hopeful glee. Though it can almost feel too simple in its R&B progressions, “Take Your Time” eventually drops listeners into massive sonic bursts that feel inspiring and let Hynes’ vocals cut through sharply like an old Michael Jackson cut.

With a stellar collaboration, “Hope” bumps out on heavy beats and Tei Shi’s silky vocals. With Teicher on chorus duties and Puff Daddy’s great rhymes, this track really feels a like a modern hip hop rarity. Spoken-word drives “Jewelry” as stories of overcoming adversity and finding power let the song bloom into a triumphant vocal finale. Janet Mock’s words of wisdom provide a wholesome contrast to the sax in “Family” as this interlude holds out hope for the future. A vintage sheen and shiny falsetto keep “Charcoal Baby” intoxicating as its powerful grooves pull you farther and farther in.

Following a gunshot, “Vulture Baby” takes a surprisingly laidback energy, as Blood Orange explores darker emotions in an interlude. There’s an immediacy to the drive on “Chewing Gum” as an anxious production sets the perfect stage for Project Pat and A$AP Rocky’s lines. Against noisy moments and really sparse arrangements, Ian Isiah goes all out in their amazingly high vocals and carries the song right until everyone else joins in for a more groovy second-half.

The bass is thumping on “Dagenham Dream” for a vaporwave-inspired crawl through city streets and some amazing synth work. “Nappy Wonder” is decidedly a fitting track in the scheme of the record but one that is remembered more for strong vocals than unique hooks. While “Runnin'” faces a similar issue, the way these vocal are mixed provides enough intrigue to get you right to where the song’s amazing rhythms start to become a hook of their own.

With Steve Lacy in tow, “Out Of Your League” is a dream of production sounds and the amazing hooks that these two powerhouse writers can provide. As subdued as something like “Minetta Creek” can feel it lures you into its suave bass and slowly ups the beats and hooks until you feel like you’ve crossed into a Steely Dan track. While there are great smoky vocals and low energy as Blood Orange closes out the record, it does feel a bit forgettable compared to much of the album’s strong writing.