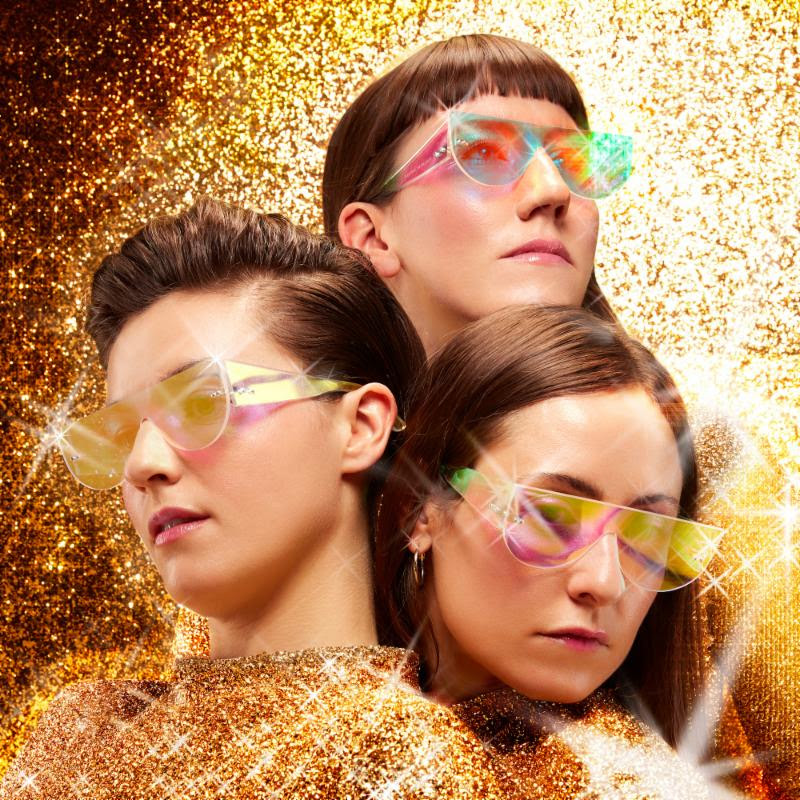 Liverpool-based, female-fronted trio Stealing Sheep create enigmatic pop songs, chock full of neon dance rhythms and heavily manipulated vocals. It’s intriguing to come across a band that prides itself in bold, cinematic production while simultaneously indulging their penchant for experimentation, but that is just one of the many substantial surprises that crops up on their newest album Big Vows.

It’s interesting to note that for this album many songs were started solely on the computer: sequencing, building sounds, drum machines and responding to that non-emotional binary world. According to the band, the heavy lifting came when attempting to humanize the electronics. “The big challenge is making machines sound organic, emotional, finding their flaws,” asserts band member Bex. This process seems to have resulted in a heavier, harder and weirder sound than Stealing Sheep’s previous work, yet it is still indicative of their rock-solid aesthetic.

There is a strong feminist angle that pervades the new material, which began to surface after the group performed at all their UK festivals dates this year with a 15 strong all-female procession to celebrate the centenary of Suffrage. “Being female has become more of a theme in our work,” the band says. “It’s obviously always been there but now we’re playing with it more conceptually and thinking about empowerment.” Album highlight “Choose Like You” bounces along to a steady reggae-tinged groove (complete with steel drums accents) while the gals chant the deeply humanistic hook of “just cause I don’t look like you / why would I choose like you.” The elastic interplay of “Jokin’ Me” is another emancipated standout, with an off the cuff lead vocal that is brimming with confidence, even though seems to be sung with a somewhat sedated energy.

The band worked with a myriad of producers for Big Vows, including Marta Salogni (Bjork, MIA, Factory Floor), Andy Smith (Years & Years), and Ash Workman (Christine & The Queens, Metronomy) as they tried out different mixes and ideas to convey their messages. The resulting LP is a success in that it breaks new ground for the band, yet with all of its pop grandeur, Big Vow still leaves us feeling like the girls have yet to hit their true creative stride. Perhaps their best work is yet to come. 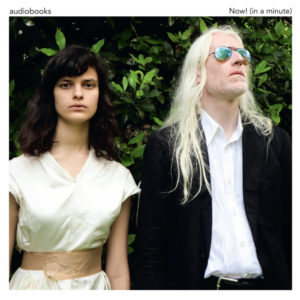 Audiobooks ‘Now! (In a Minute)’