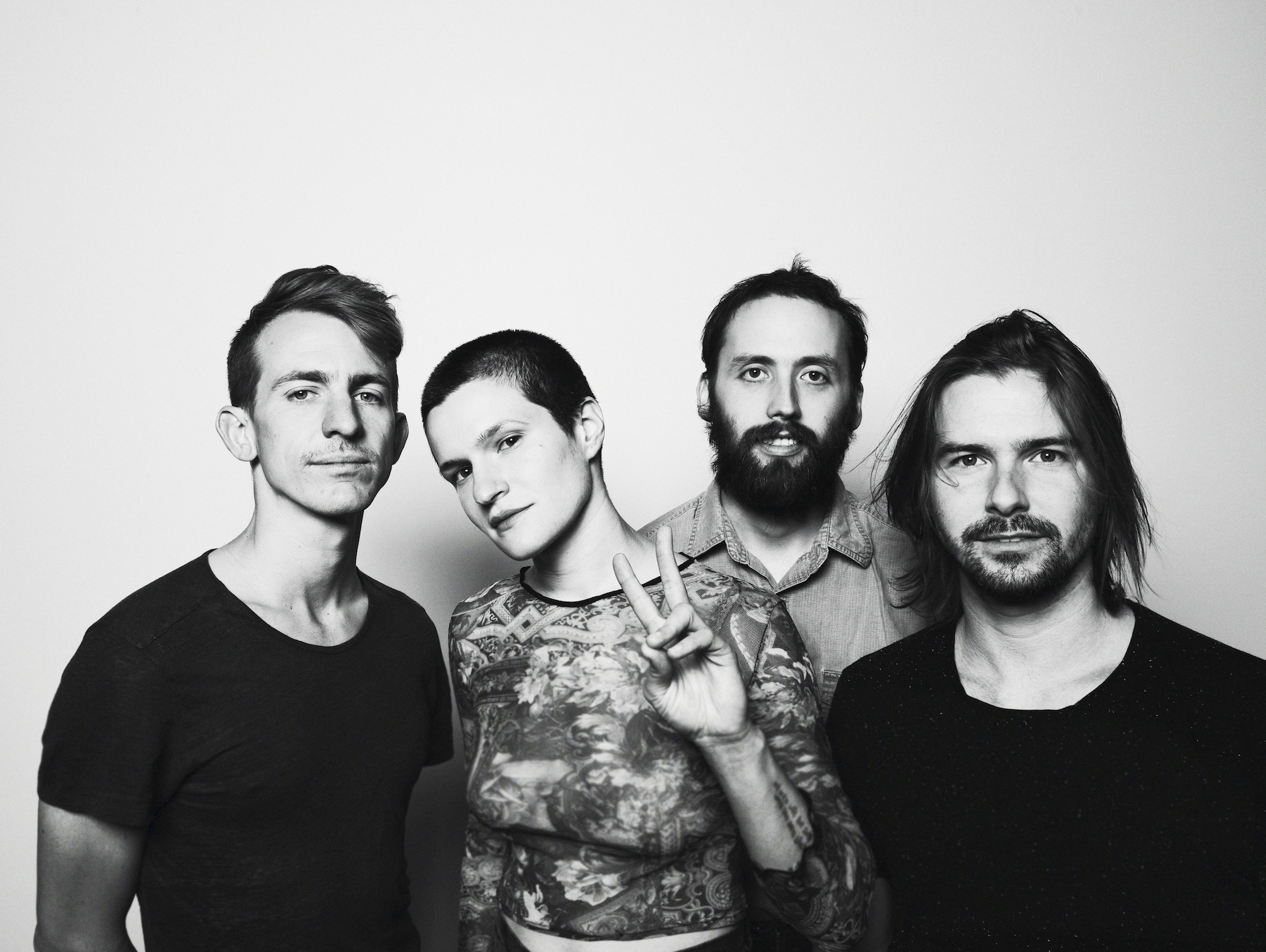 Our interview with Big Thief:
TwitterPinterestPocketRedditFacebookEmail

With two albums in barely over a year, Big Thief has quickly earned their spotlight in the music industry. Taking a tireless work ethic on the road and in the studio the band has managed to make their intimate writing style one that resonates with crowds small and large. Reciting her past through song in powerful melodies and delivery, Adrianne Lenker and the rest of the band make a devastating mix of musicians. We caught up with Lenker ahead of the band’s set at CityFolk in Ottawa on September 15th to talk about writing, personal stories and how the band started like clockwork.

Northern Transmissions: There’s not too many bands cranking out album’s year to year, so how did you get Capacity tracked so fast and was this a case of leftover material or writing that you’d been meaning to do?

Adrianne Lenker: It didn’t really feel like a rushed or hurried process at all, it felt natural. When we recorded Masterpiece we’d been playing those songs for about a year, and during that time I was doing some writing, and that continued through the recording of Masterpiece. We got an opportunity to record for cheap because a friend of ours was going to be out of town and said we could stay to use his space. It was timely too because we’d been accumulating those songs. We hadn’t been out seeking to record a second record but it just happened.

NT: Even with the minimal time between recordings, what did you want to do differently with the songs on Capacity?

AL: It would’ve taken conscious effort to make them similar. It would’ve been much more difficult to make them sound like each other than anything else. The way this record sounds is so much of where we were and the resources available to us then. Masterpiece was recorded in a house where we set up our own studio out of whatever we could get from our friends. Honestly when we finished that record and before we mixed it, it didn’t sound that great, it came to life in the mixing. When we recorded Capacity, we listened to it and it sounded so good before the mixing since we had a whole studio. They asked for different sounds there so it would’ve been hard to make the two similar.

NT: What did Andrew Sarlo bring to the record and what did he get out of you and the band that you might not have gotten otherwise?

AL: Andrew is a dear pal of ours. He’s someone that we all trust a lot, his musical ear is so good. He has a lot of charisma and energy so he’s constantly bringing that to the table. He has a lot of ideas so it was cool to have his perspective. We spent a lot of time in the studio just rehearsing the songs, and changing arrangements and parts around. There’s some background vocals and dubs made but it was a lot of arranging and Andrew was a big part of that. It’s good working with him because he knows our band really well, he knows the people and knows the music.

NT: I understand you and Buck started writing together after meeting on your first day in New York?

AL: Buck and I started touring as a duo. We’d mix our songs, we’d play guitar on each other’s songs. We made a duo record and were touring that for a few years. We bumped into Max in New York, him and Buck were old friends but hadn’t seen each other in 10 years, it seemed serendipitous since we wanted it to be a band but hadn’t been actively seeking people, putting up posters or anything. A year later, we were making Masterpiece and James engineered the record and joined afterwords.

NT: Considering how you offer up traumatizing stories from your childhood like the tree house story from “Mythological Beauty”, do you often find yourself using music as a way to work through these times and find catharsis?

AL: It’s been the deepest form of therapy since I was a kid. I’m definitely working through things in the music. Sometimes I write things and I won’t even understand what they mean until later. It’s like leaving little messages for myself along the way. In that way it’s a cathartic process even though it’s not always clear and doesn’t always feel like therapy. It goes beyond therapy, and the best part about it is that it makes me feel the most connected to myself. When I play or write music I’m not thinking which is therapeutic. It’s also challenging to work through some of the issues I write about in songs, sometimes until a song is finished it loops on repeat in my mind until it’s finished and that has been hard sometimes. I’m really grateful that I have something like that to connect to myself with.

NT: I was also curious if there was anything you picked up when you were writing an album back at 13 that you’ve brought through into the music with Big Thief?

AL: Those years were so formative, and you’re really hungry and absorbent during those times. Like many other experiences that have shaped me, the music that I was making for the people who were teaching, and the lessons from the studio and performing have really stuck with me. I think they’re such a deep part of me that I don’t even see them. It was just laying a foundation for a relationship with music and getting comfortable expressing myself through that medium. I don’t listen to my music from that time and there’s complicated layers of reasons to why but it was an education, learning how it all works.