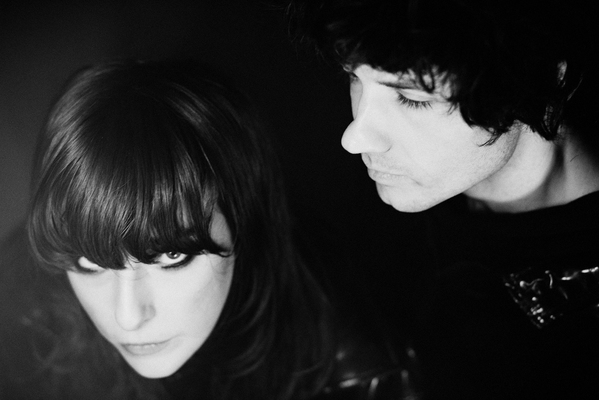 Beach House had a steady growth as a band for a few years, and then hit a stride on Bloom that led to several great albums with a signature sound. But with this consistency, Alex Scally and Victoria Legrand had to move Beach House on to something new, and on their album 7 they managed to do it without losing what makes them memorable. We caught up with Scally ahead of Beach House’s North American tour to talk home studios, losing limitations and why patterns can be helpful and hurtful.

Northern Transmissions: Your new record sounds so distinct which you attribute to rethinking old methods, so what were these methods specifically?

Alex Scally: One of the biggest ones was just setting up a recording situation in our practice space. That allowed us to do half the recording as the songs were being made and the pieces were being thought up. In the past we’d always just written stuff in a non-recorded way and then brought it to the studio. This let us do things a lot more spontaneously and it meant that we didn’t have to try to recreate things.

NT: You’ve also talked about getting rid of self-imposed limitations like sticking to live sounds, so how did these free you up?

AS: It was fairly subconscious, but we wrote that way in the past because with two people you just play what you can play. We wanted to just use what we could with each other to keep making music.

NT: Was there any particular launching point for this new creative energy from your personal lives or previous albums, or was it more to do with the freedom of having your home studio?

AS: A lot of it was the studio and getting older. Our sixth record (Thank Your Lucky Stars) was very much an attempt to do something in a really simple way, to call back to the beginning without thinking too much. We also realized that you can’t go back to old methods, some things just always have to progress. Maybe our sound change is just us having that realization that we have to move forward.

NT: How did Sonic Boom get involved as a producer and what do you feel they particularly brought to the album?

AS: We were just looking to work with someone who would open things up, and who wouldn’t close doors and impose rules. We sent him demos, and he just had this laidback and open approach. We really enjoyed the process after working with him on a few songs, and we like exploring things very fully. So we need to work with people who help us not get caught up on things. He kept the mood light, he was inspiring to be around, he had good ideas and jokes, and he would jettison songs to places. He was good at fitting into our pre-existing dynamic. He’s good at understanding what a band needs.

NT: You had James Barone on drums for this record, so what difference did he make over your previous drummers?

AS: We wanted drums to be a big part of a lot of the songs we were writing this time. James started playing with us live in 2016, and he’s just really easy to talk to about music. He’s recorded and produced with people a lot on top of playing. He’s about the same age as Victoria and I, and he listened to a lot of the same records as we did when we were kids. It’s really easy to talk about music with him, which made it easy to not make anything that got in the way of the songs. It was always easy to communicate what was necessary because we have such shared musical pasts and tastes.

NT: I also remember feeling like listening to “Lemon Glow” there was this subtle hip hop current to its sound, so how did that beat come about?

AS: We both like hip hop, and that’s just been a part of our minds forever. Sometimes I guess it comes out a little bit more. Often our beats probably just don’t sound like that because they’re so slow, but that feel would be in a lot of our songs if you sped them up more. The beat came from this one drum-machine, because we really just felt like it matched the keyboard part we had.

NT: You’ve also said the 7 title is a loose signifier for a rebirth for you as Beach House, so what do you feel has changed so majorly to elicit that kind of title?

NT: You’ve also had handfuls of coincidences with release dates and production numbers based around 7, so is this all very meditated or is there a lot of people grasping at coincidences?

AS: It’s mostly just been people extrapolating, but once people started it was hard for us not to get carried away with it. You can also just make patterns out of numbers adding them up always to get certain numbers. Things would come out on 4/3 and another would come out on 2/14, and our European release was catalogue number 777. We’re just always fascinated with how crazy reality is and this was just acknowledging some of the strange coincidences that appeared in front of us.