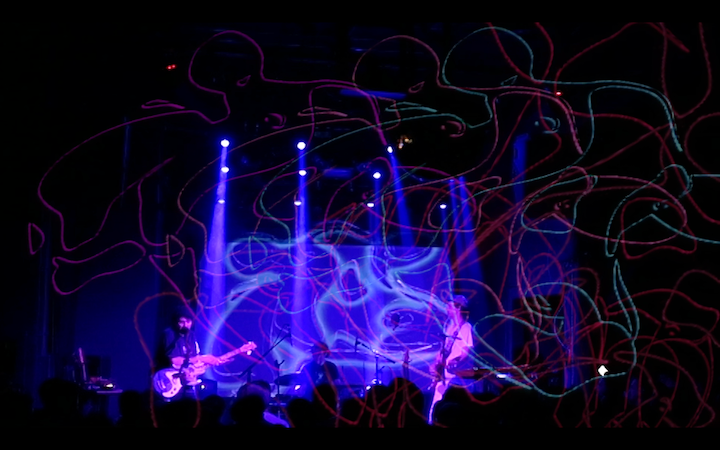 Avey Tare "K.C. Yours"
Share on TwitterShare on PinterestShare on PocketShare on RedditShare on FacebookShare on Email

Avey Tare, has released a video for “K.C. Yours”, a track from his 2019 studio album, Cows On Hourglass Pond. The video is by Black Dice’s Aaron Warren, using clips filmed by Abigail Portner and Garret Curtis. Live versions of “Remember Mayan” and “Eyes On Eyes”, captured at The Echo in Los Angeles, and a live version of “K.C. Yours”, recorded at Antone’s in Austin, TX, are now available to stream.

Alongside the “K.C. Yours” visual, Avey Tare is sharing a live video of “Remember Mayan”, captured during a sold out show at The Echo in Los Angeles from the North American spring 2019 tour. The video was filmed by Garret and edited by Abigail, while the live audio was recorded by Matthew Littlejohn. Avey Tare’s live band features fellow Animal Collective member Deakin, and occasional Animal Collective drummer, Jeremy Hyman.