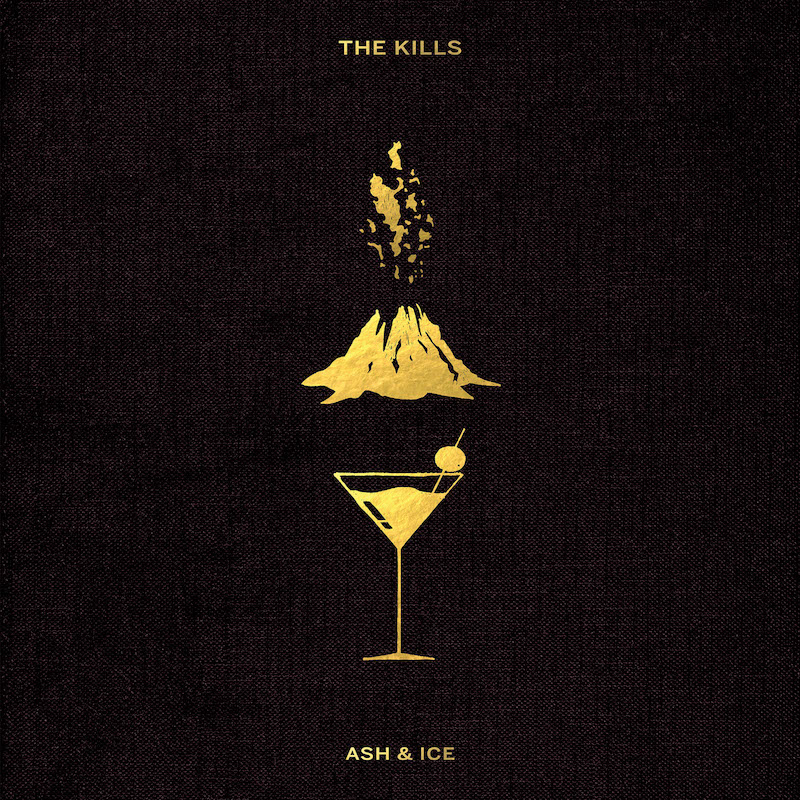 Made up of American vocalist Alison Mosshart (a.k.a. “VV”) and English guitarist Jamie Hince (“Hotel”), indie rock duo The Kills have proven over four albums that they can provide a consistently changing sound that always delivers in quality. Their streak continues with their fifth record, Ash & Ice (releasing June 3), which may be the farthest they’ve pushed themselves from their initially haunting comparisons to the White Stripes. The fuzz and sweat-soaked blues-rock is still here, but it’s been tauntingly subdued behind meticulously produced beats, making for what could be both their coldest and most hot-blooded material yet.

Though The Kills are no strangers to drum machines, the oddly Herbie Hancock-esque melody that kicks off the first track, “Doing It To Death”, establishes the new territory they’re exploring with the help of Tchad Blake, who won 2 Grammies for his mixing on The Black Keys’ Brothers. Ironically, The Kills have distanced themselves from The White Stripes / Black Keys sound in favor of something closer to a mix of Santigold and The xx. There are still riff-driven songs like “Heart of a Dog” and “Impossible Tracks Track”, but they’re outweighed by tracks like the gospel-inspired “Hum for your Buzz”, in which Hotel’s guitar and VV’s voice mingle together into a strangely smoldering duet. In fact, the way the guitar playing bubbles just below the surface adds so much more to its power when it really does erupt, such as in “Black Tar”, the album’s most classic rock sounding track.

Lyrically, Ash & Ice mainly sticks with the holy trinity of sex, drugs and rock ‘n’ roll, coated in The Kills’ usual meanness and cynicism. “Siberian Nights” is as sexually explicit as it is empowering for VV, who teases the listener, “Am I too close for comfort?” Often complemented by Hotel’s smoky groans, VV’s angry, prowling voice goes from full-throated cries in “Bitter Fruit” to a wearied contralto in the piano/acoustic ballad “That Love”. There’s more range on this album than any of their previous projects and they handle every influence with a storied confidence, but the strongest moments still come from conventions we’ve already heard from them.

The busy production on tracks like “Hard Habit to Break” and “Let it Drop” can feel distracting and inconsequential compared to the usually heavy-hitting instrumentations, but out of the album’s 13 tracks, the dips in intensity are few and small. Still, you can’t help but wonder if this increasingly electronic style is the direction The Kills are heading for the future. In the sex and booze-steeped “Doing It To Death” VV sings, “lately the plans we’re making / are the shape of things that never come.” Maybe this new sound is a (mostly) successful experiment that ends there.

Ash & Ice delivers on what has become promised in a record from The Kills: an explosive, sexy, and deeply jaded punch to the gut. The punches may come more sporadically than in their previous albums, but it makes the hits that much harder, and allows all the diverse materials and influences more room to breathe. Still, it’s undeniable that VV and Hotel work best when tapped into their heavy blues-rock roots.