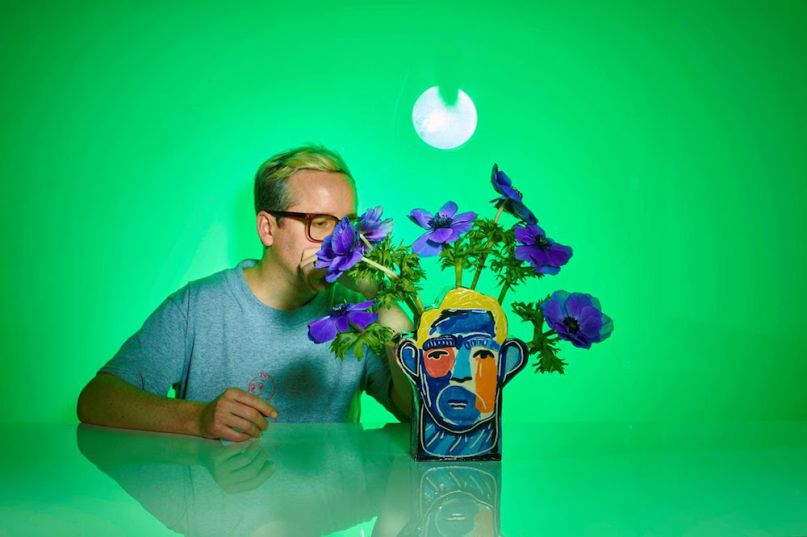 Outside of Hot Chip, Alexis Taylor has consistently shifted gears on his solo projects to push the envelope in modern music. Enlisting the likes of Tim Goldsworthy (ex-DFA, UNKLE) to produce his new record Beautiful Thing, Goldsworthy and Taylor worked on making sounds that had never been put to record before. We caught up with Taylor ahead of his North American tour to discuss his search for sonic excellence and how he revived old song ideas.

Northern Transmissions: Why did you decide to finally work with a producer for this latest album and what did Tim Goldsworthy bring to the project?
Alexis Taylor: I was thinking about getting someone else to give me their perspective on my music. I wanted someone that was skillful at things I wasn’t, like programming. I wanted to try and make a bit more of an outward record which was more than I’d done before. By choosing Tim, I not only got a great programmer but someone who wanted to make something more out there. I didn’t want to make all the decisions myself, I wanted to expand my horizons and see what happened with a solo record.

NT: I thought it was interesting hearing you talk about finding shared references with Tim but also being turned onto new things, so were there any notable ideas or sounds on this record that Tim guided you towards for this record?
AT: We did a lot of listening to other material as a kind of prep work so the album would have some identity instead of just being a collection of things. Then when we came to making it there was a lot more improvisation production-wise. Tim suggested we get this drum machine that plays a kit for you but it’s fully midi-programmable for everything. It created unusual grooves for songs. I don’t even know if it’s been used on any records yet since we got it when it was fairly new. Between Tim and I we would play around with rhythm, we’d build rhythms that would switch between 3/4 and 4/4 in subtle ways. That interplay created this great kind of musical tension.

NT: Looking at a track like “Oh Baby”, what led to Joe Goddard taking production reins and how did the rest of your friends from Hot Chip end up on this song with John Coxon?
AT: I had been talking to Joe about that song before I started working with Tim, so Joe and I had a separate plan to work on it. At that point I asked Joe to help me with that track so I thought we’ll just see what happens, it wasn’t a conscious effort to do something different from the album. The members of Hot Chip (Al, Owen, Sarah) that were there played, and John was there because we’d played together before both with Hot Chip and without. I just make music with friends, and Owen’s synth part played significantly in the track.

NT: Considering the unique stripped down feel of Piano, what made you want to shift back to dense arrangements for Beautiful Thing while still writing on the piano?
AT: I did end up writing some solo piano tracks but I knew it would be nice for me musically to shift from that last record. I knew it would be strange to repeat myself, and it was an attempt to embrace production again. A lot of the music I was listening to had a more expansive sound so I was influenced by that.

NT: I understand you were really gunning for unique sounds here, so can you speak to some of the broken tape delays, voice warping and robot drums you wrangled together to make Beautiful Thing so different?
AT: He’d prompt me to use these older drum machines that were used by bands like Neu. He built reverb within various bits of software and also naturally using the harp of a piano in the studio. We would filter things through a filter-back to give songs character and different sounds.

NT: You also mentioned “There’s Nothing To Hide” was coming off this decade old idea, so what brought it back this time around?
AT: I was just waiting in the studio one morning, and I wanted to use this tuned reverb from the piano. On this song I thought it would be nice to sing into that and I think the song just came into my head. I was thinking about what to sing that would sound interesting, and that song was originally a Capella. A lot of the songs are about making music, so that song came back into my head because it was a mantra about music-making.

NT: Lastly, I heard you and Tim hit it off so well that you’re already working on something outside of your solo work?
AT: We’ve started work producing something for another band who I can’t name just now. As well as that, we were talking about working on some of his own work. He’s also pretty set on doing other things than music for now. It’s all very early stages so I wouldn’t want to talk about it before the band does.