Alex Cameron guests on ‘Records In My Life’

We sat down with Alex Cameron and Roy Molloy to discuss music just as the venue’s doors opened! Recorded upstairs at the Imperial in Vancouver, Canada. The guys are touring behind Alex Cameron’s current release Forced Witness, out now on Secretly Canadian. The band plays March 12th in Brooklyn, NY.

alex Cameron on Records In My Life references the following albums: 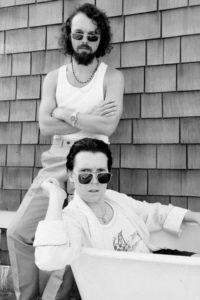