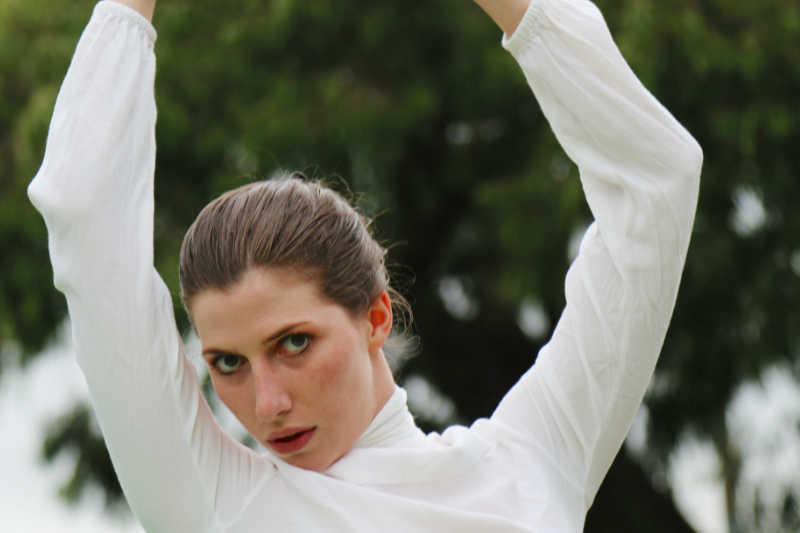 Aldous Harding, the singer/songwriter from New Zealand, has released a new video for the single “Blend, as well as the announcement of her biggest UK and European tour yet. The track is off her latest album, Party, the visuals for ‘Blend’ were created by Charlotte Evans, the New Zealand filmmaker also responsible for Harding’s previous videos for ‘Horizon’ and ‘Imagining My Man’.

Disquieting in its nature, and inspired by Francis Ford Coppola’s legendary war film Apocalypse Now, Harding goes into further detail – “The concept is based on that awful scene from ‘Apocalypse Now’ where the playmates pile out of the helicopter. The costume was handmade for me, it turned out great. It’s in the bin. I spent eight hours dancing on a Lazy Susan, it was easy really. Obviously I know what it is… The song itself was written in an AirBnB in Bristol the night before going into the studio.”

Harding’s second album Party was produced with the award-winning John Parish (PJ Harvey, Sparklehorse) in his hometown of Bristol, taking Harding away from her New Zealand base for an intensive two-week immersion in the studio. As well as a raft of musical contributions from Parish, Perfume Genius’s Mike Hadreas lends vocals to recent single ‘Imagining My Man’ and Party closer ‘Swell Does The Skull’.